The 13th Annual Sean’s Fund Dinner & Auction will be held on Sunday, September 15th at the Valencia Regency Hyatt. Tickets are now on sale! 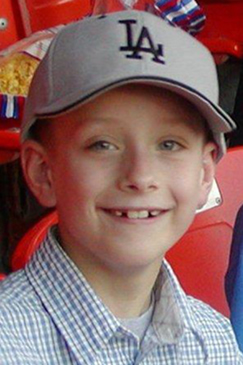 honors the memory of our son, Sean Christian Reader, who lost his valiant battle with leukemia on August 14th 2006. Sean, age 12, was a nationally-ranked chess player and fought his battle with cancer as fiercely as he faced any opponent across the chessboard.

Sean was Team Captain of the Meadows Elementary School Chess Team, coached by Jay Stallings of the California Youth Chess League, at the 2005 Super Nationals in Nashville, TN. The team placed 2nd among the nation's best young chess players.
Sean's Fund works with California Youth Chess League (CYCL) to provide financial aid to those who need it to pay for chess classes and tournaments (Financial Assistance request form can be found here). Additionally, Sean's Fund provides for private lessons for children in the Santa Clarita Valley who suffer from cancer and brings chess to the patients at Children's Hospital Los Angeles who suffer from cancer and other serious ailments. 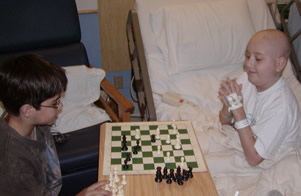 While many nationwide organizations are working to find a cure for cancer, it's also important to directly and immediately make a positive influence on the lives of some very special children.

Sean's Fund hopes to do just that.

Help Sean’s Fund brighten lives one move at a time!

Sean was Team Captain and top-ranked student at California Youth Chess League in Valencia, CA. After we suffered his terrible loss following a 16 month battle with leukemia, we wanted to honor his memory and share his love of chess with others. When Sean was in the hospital, chess allowed him some fun, some focus, camaraderie and stimulation he very much needed.

The result is the Sean Christian Reader Memorial Chess Fund. Sean's Fund covers the cost of chess activities for those in the Santa Clarita Valley who could not afford it and it pays for special chess kits and training for the children of Children's Hospital Los Angeles.

Chess can be a teacher, a friend, an entertainer, and a worthy adversary for a child who may be confined to a hospital room for days, weeks, and even months on end. Chess is a fun and educational way to pass the time.

Research says that a "positive attitude and an active mind are crucial ingredients in the healing process." 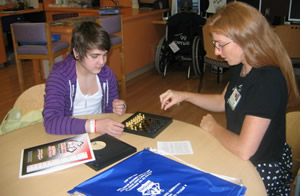 Sean’s Fund is a program of California Youth Chess League, a 501c3 organization. Most cash donations are tax-deductible (non-profit ID# 95-4576468). If you have any questions, please check with your tax adviser to confirm.

or send your check or Money Order to: